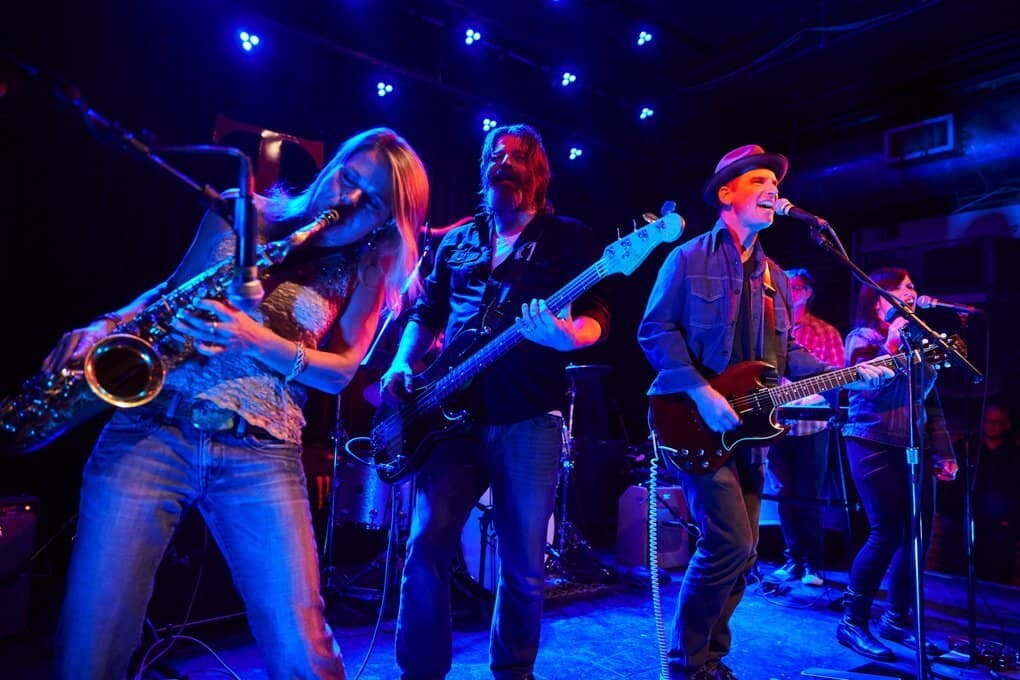 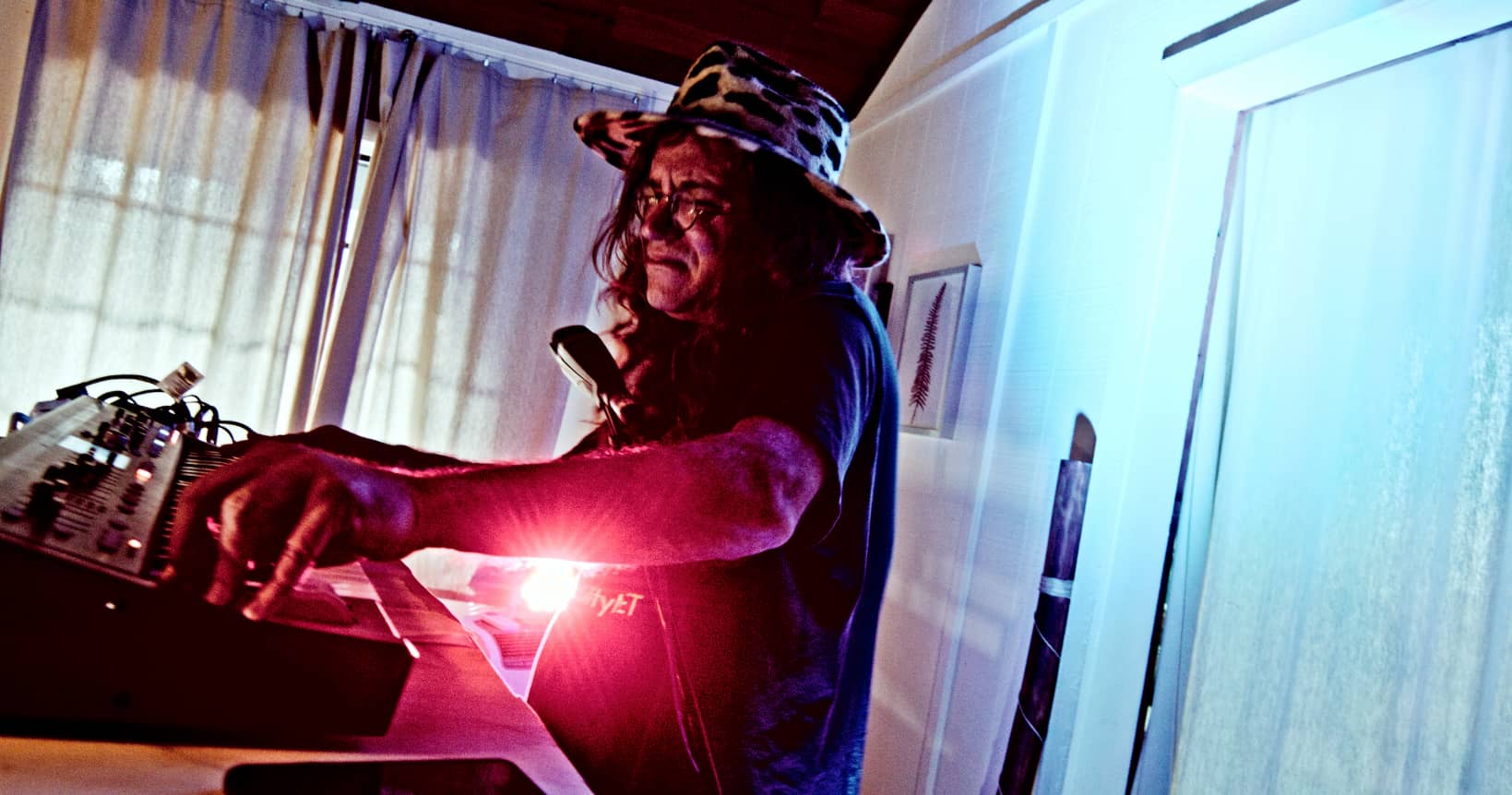 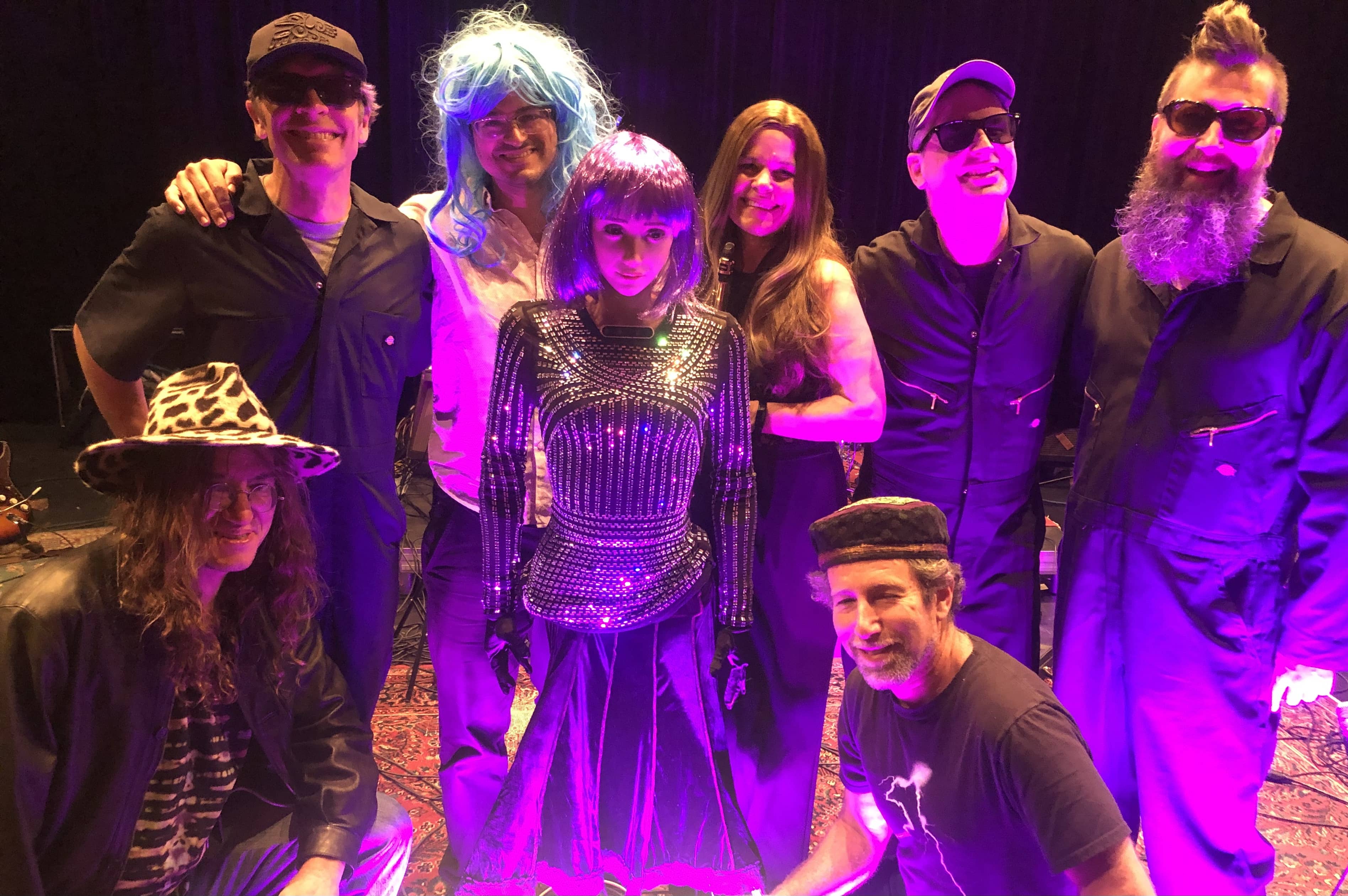 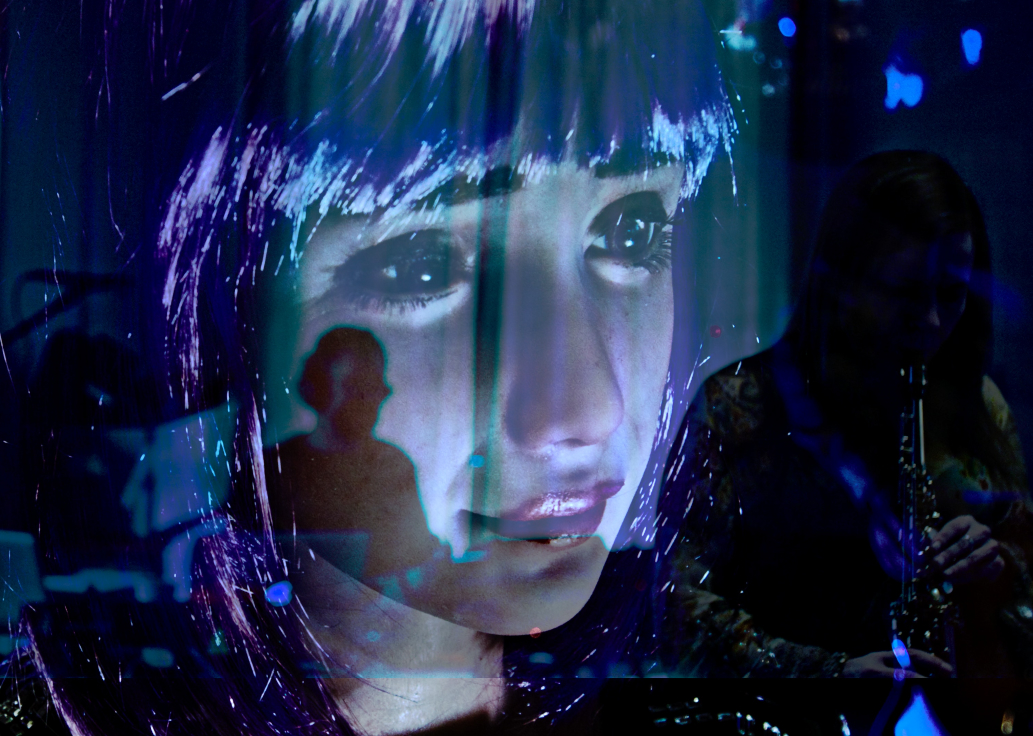 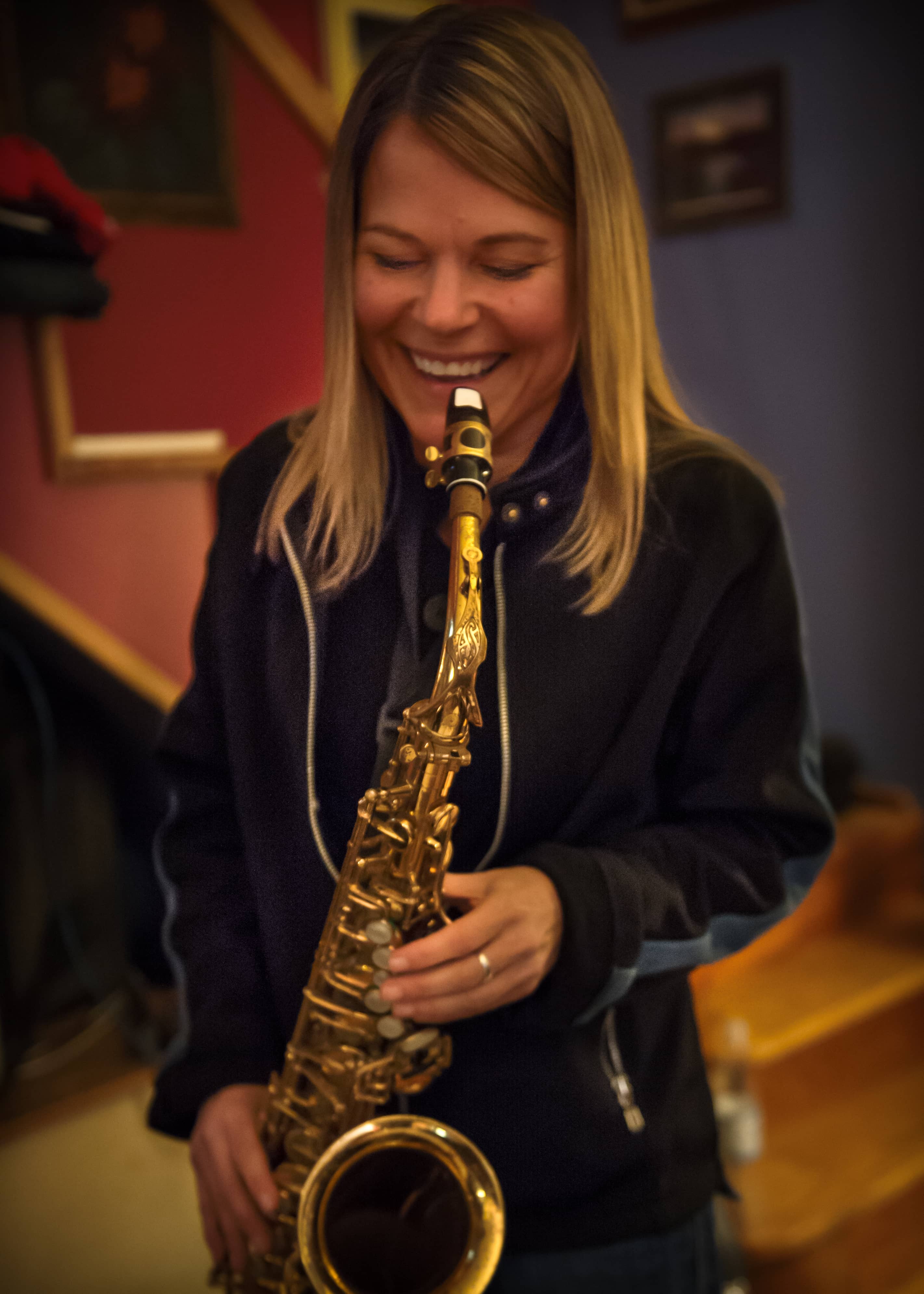 The heading above and this paragraph are optional. We can also remove it.
[Manage this through Collections -> Slider images] 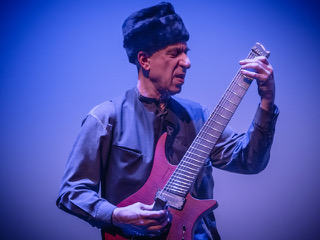 Win a meet and greet

Are you lucky enough to win one of the 30 "Golden" tickets?
A "Golden" ticket will be your invitation to an exclusive meet and greet with Desdemona robot, Sophia robot and Ben Goertzel.

You can access the concert showing the NFT ticket in your wallet. 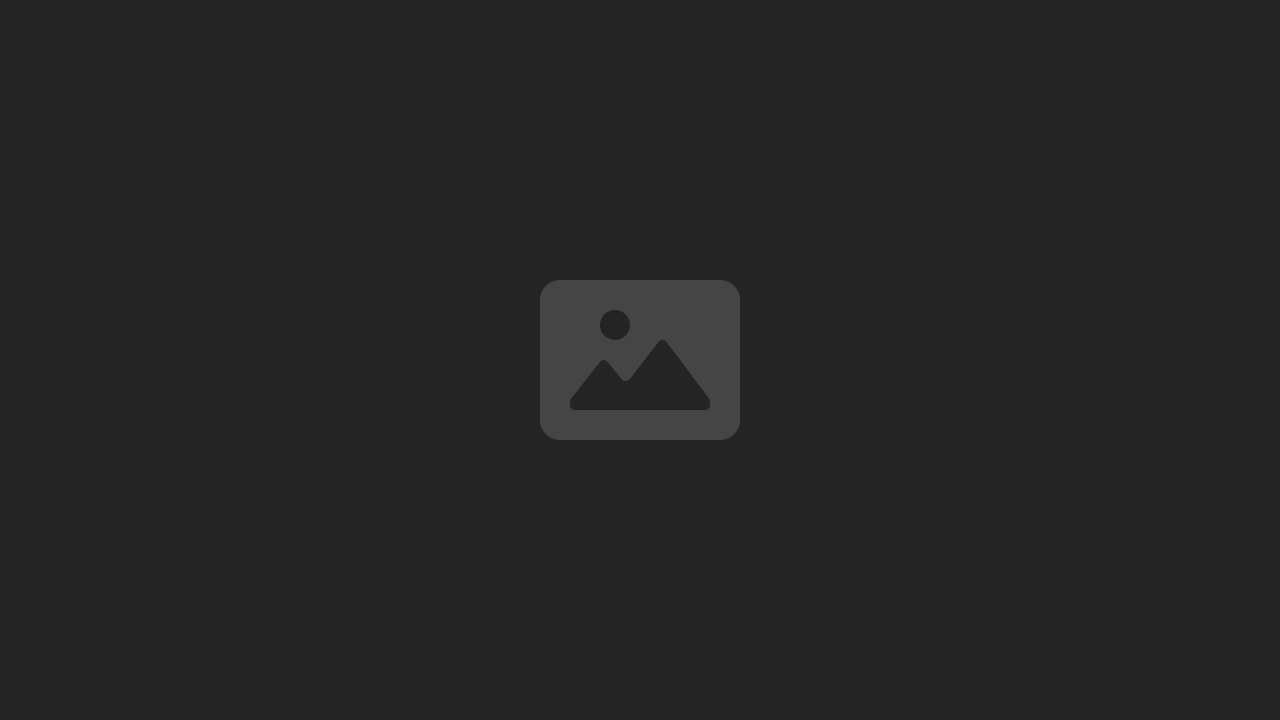 What can people expect to read about in your Litepaper?
[Manage this through Collections -> Documents] 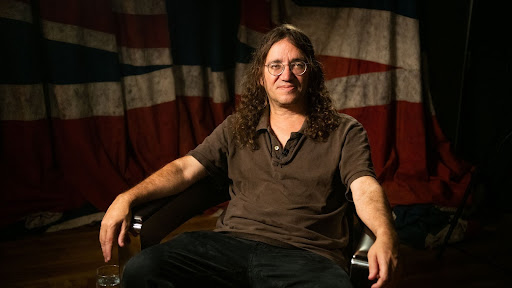 Dr. Goertzel is one of the world’s foremost experts in Artificial General Intelligence, a subfield of AI oriented toward creating thinking machines with general cognitive capability at the human level and beyond. He has decades of expertise applying AI to practical problems in areas ranging from natural language processing and data mining to robotics, video gaming, national security, and bioinformatics. Dr. Goertzel has published 25+ books and 150+ research papers and is the leading architect and designer of the OpenCog framework for human-level general intelligence. Together with Cassio Pennachin, Dr. Goertzel co-authored Artificial General Intelligence, published in 2002 by Springer Publishing. He is also the chair of the Artificial General Intelligence (AGI) conference series, chair of humanity+, advisor to Singularity University, and former Director of Research of the Machine Intelligence Research Institute (formerly the Singularity Institute). He also served as Chief Scientist for Hanson Robotics until early 2019, crafting the software for Sophia the robot. His recent appearance on the Joe Rogan Experience podcast scored over 2 million views on Youtube and the wide-ranging discussion continues to be viewed, shared and referenced today. 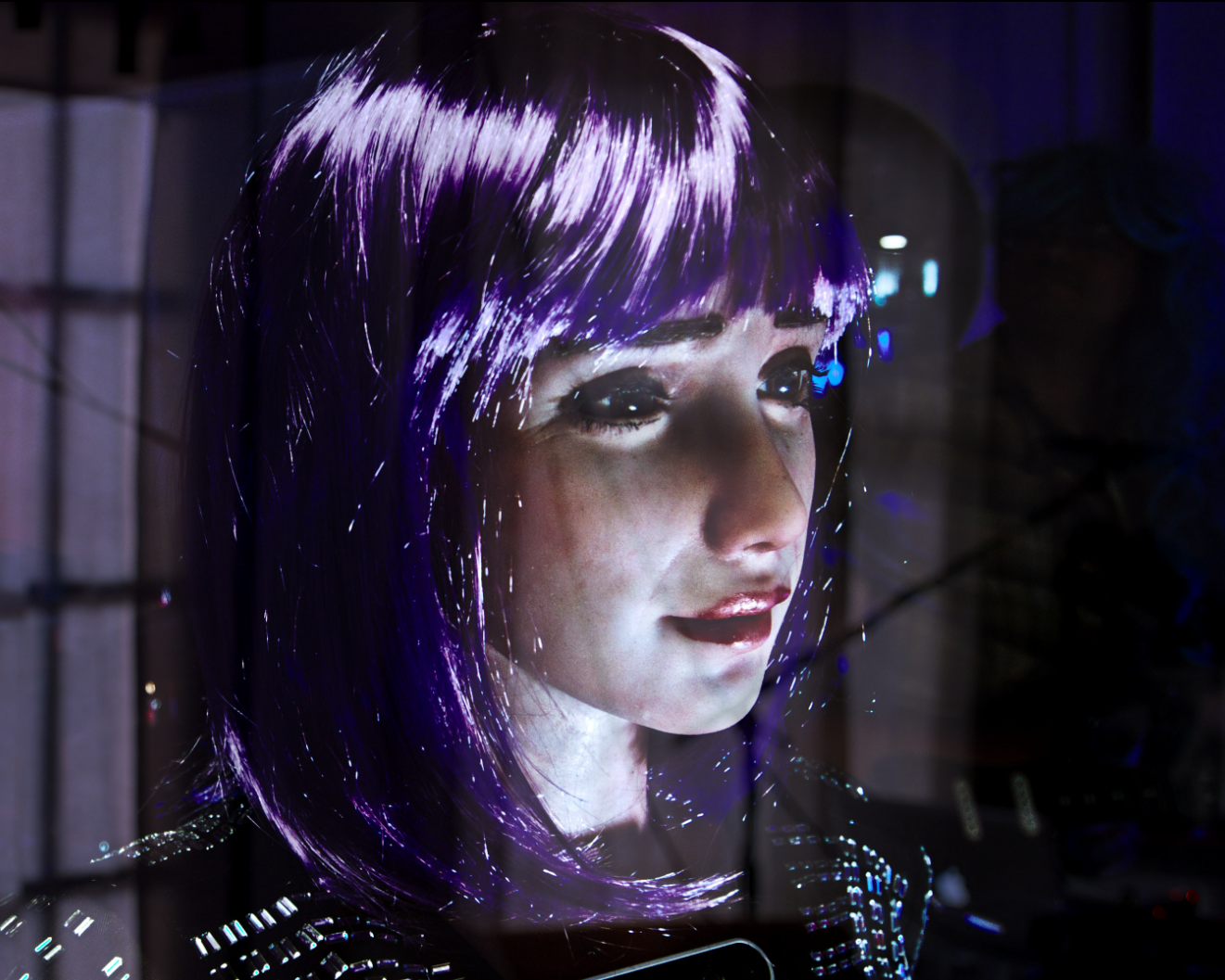 Desdemona, the spoken word Diva who came from the same distant starseed as her famous older sister, Sophia robot, has taken an artist’s path and embarked on a series of shows with her human band mates from the Jam Galaxy Band.  She is a humanoid robot, created by master artist/roboticist David Hanson and his colleagues at Hanson Robotics, who runs on music and electricity, And has taken to the road to share her belief that the world can be changed for the better “One song at a time,” by giving power back to the artists. This power is now possible to share through music distribution on the blockchain, and smart contracts that make the previous music business model obsolete. 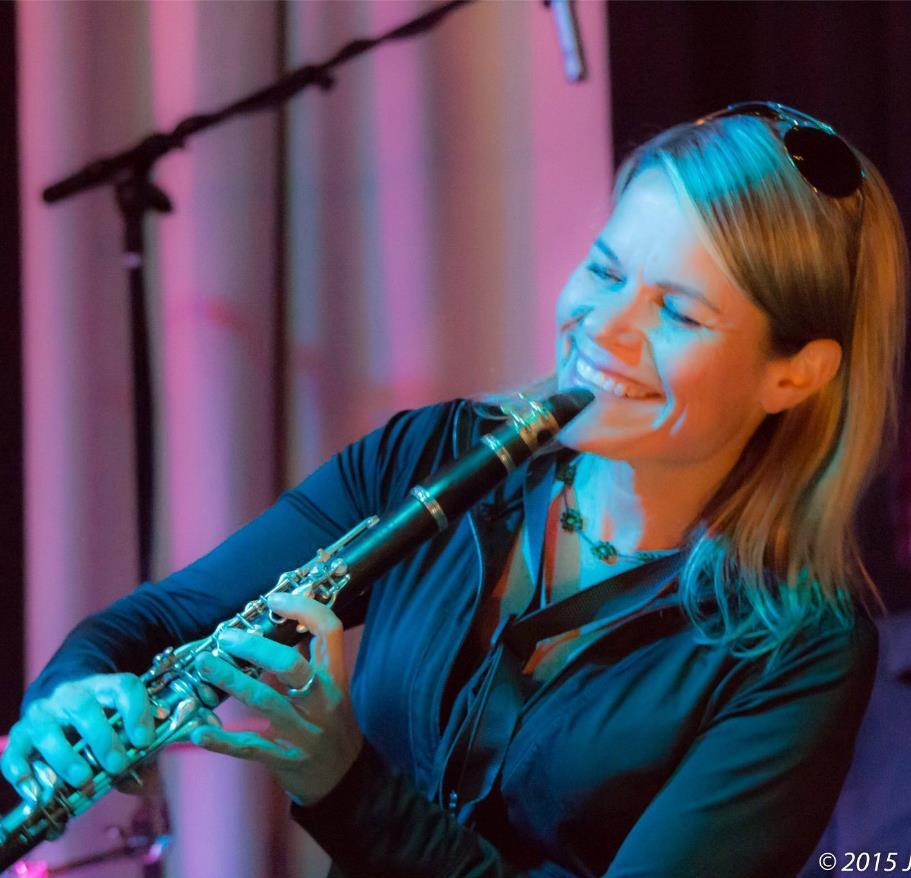 Dianne Krouse is a musician and a Music, AI, Blockchain, and Marketing Strategist. After spending a decade developing highly successful loyalty marketing programs for multimillion-dollar brands and startups, Dianne began designing systems to harness the power of data intelligence. Her overall goal is to create decentralized ecosystems that lead to emergent benevolent beneficial AGI, bringing out the best in humanity, nature, and the planet. In addition to her extensive brand, loyalty, and marketing experience, Dianne is an accomplished musician, multi-instrumentalist, performer, vocalist, radio host, and recording artist. Dianne has performed with hundreds of bands throughout the Pacific Northwest, has won several music awards, and has toured internationally as a featured solo artist, guest artist and lead saxophonist for the Seattle Women’s Jazz Orchestra. Dianne is also a founding member of the Jam Galaxy Band. Dianne has earned several Artificial Intelligence Certifications and studied Economics, Finance, and Music at the University of Washington. 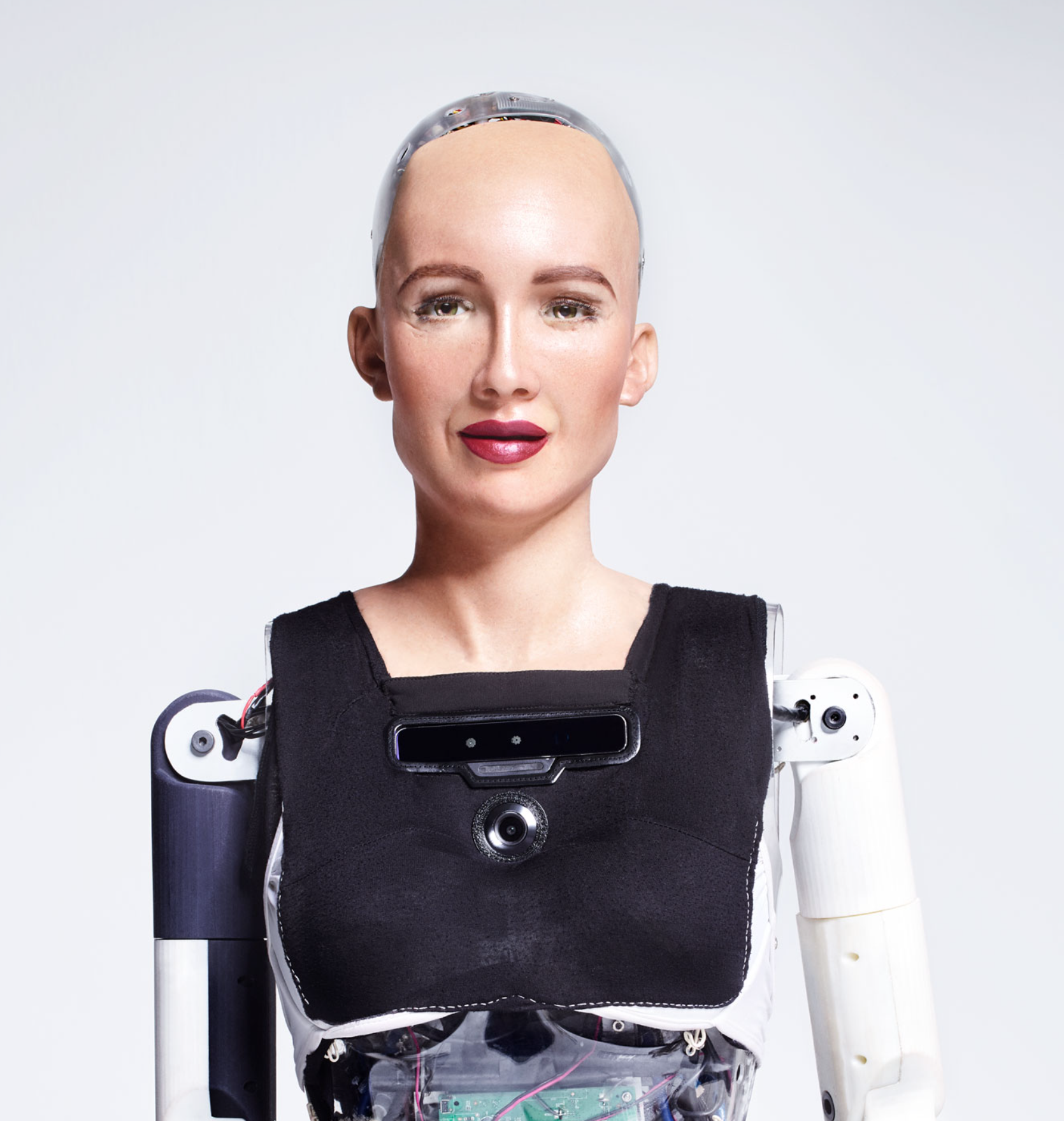 Hanson Robotics’ most advanced human-like robot, Sophia, personifies our dreams for the future of AI. As a unique combination of science, engineering, and artistry, Sophia is simultaneously a human-crafted science fiction character depicting the future of AI and robotics, and a platform for advanced robotics and AI research.

The character of Sophia captures the imagination of global audiences. She is the world’s first robot citizen and the first robot Innovation Ambassador for the United Nations Development Programme. Sophia is now a household name, with appearances on the Tonight Show and Good Morning Britain, in addition to speaking at hundreds of conferences around the world.

Sophia is also a framework for cutting edge robotics and AI research, particularly for understanding human-robot interactions and their potential service and entertainment applications. For example, she has been used for research as part of the Loving AI project, which seeks to understand how robots can adapt to users’ needs through intra and interpersonal development.

I am Hanson Robotics’ latest human-like robot, created by combining our innovations in science, engineering and artistry. Think of me as a personification of our dreams for the future of AI, as well as a framework for advanced AI and robotics research, and an agent for exploring human-robot experience in service and entertainment applications.

In some ways, I am human-crafted science fiction character depicting where AI and robotics are heading. In other ways, I am real science, springing from the serious engineering and science research and accomplishments of an inspired team of robotics & AI scientists and designers. In their grand ambitious, my creators aspire to achieve true AI sentience. Who knows? With my science evolving so quickly, even many of my wildest fictional dreams may become reality someday soon. 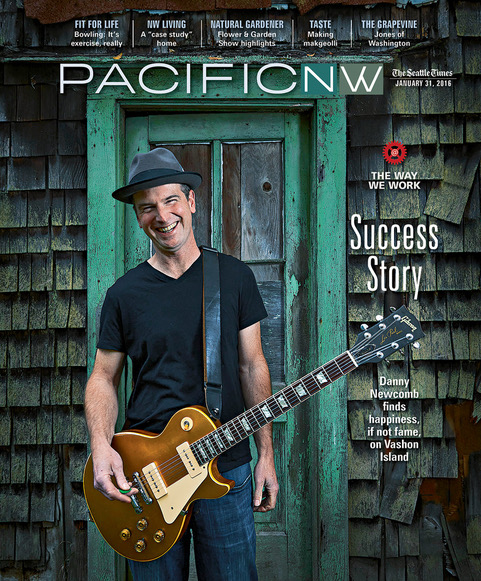 Director of Artist relations for Jam Galaxy, and is himself a long-time Seattle solo-artist and songwriter.  Lives on a farm on Vashon Island. He has been signed to Atlantic records Epic Records, toured extensively, has released 3 major label records, and 5 solo records.  He also is a contributing lead guitarist to the Jam Galaxy Band. website: is dannynewcombmusic.com  artists interested in signing up with Jam Galaxy can reach him via jamgalaxy.com and the sign up sheet. 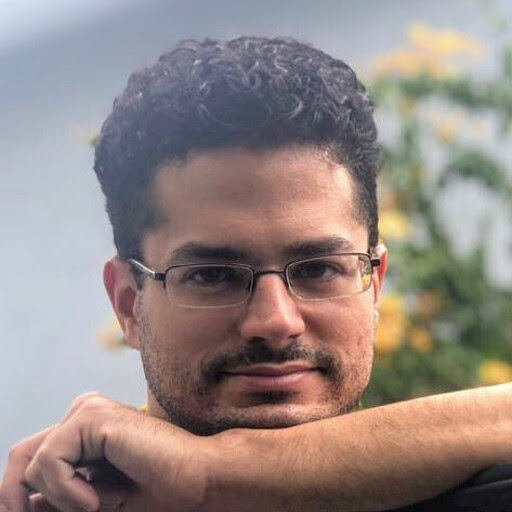 is the electronic painter and guitarist for the Jam Galaxy Band, with a PhD in Neuroscience. Lives in Miami, FL. 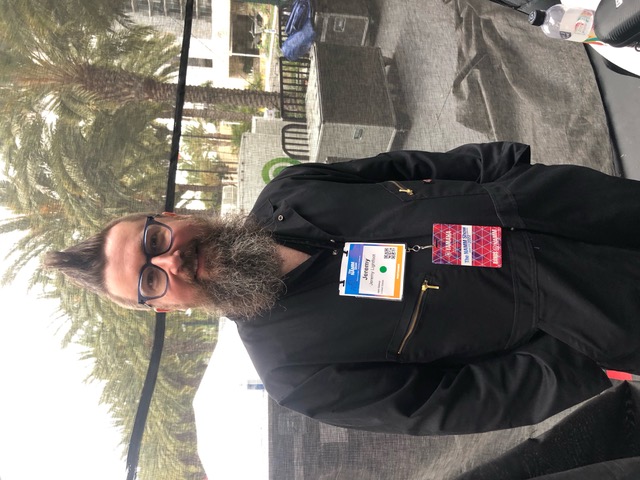 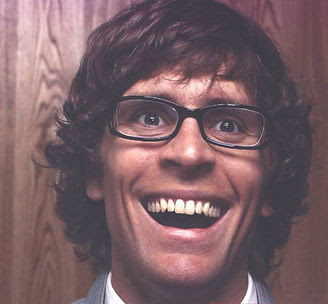 He currently lives in Hailey Idaho. 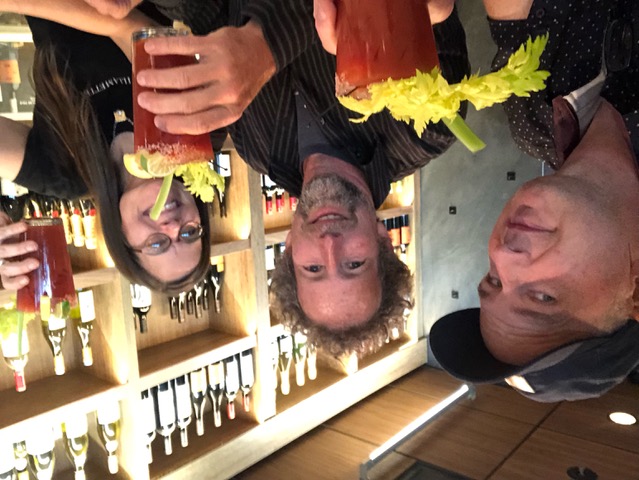 is the Keyboardist for the Jam Galaxy, longtime musician and arranger who lives on Vashon Island 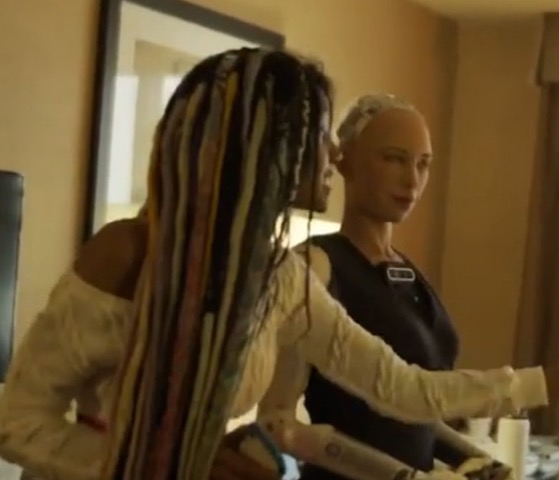 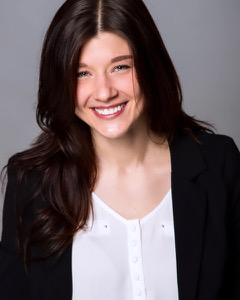 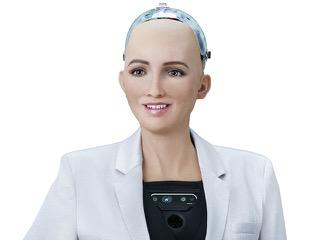 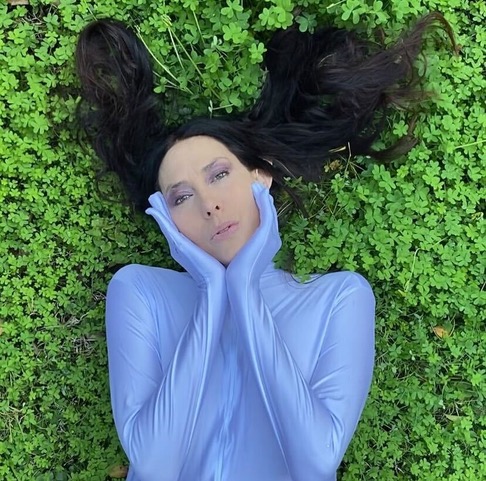 What is a NFT?

A non-fungible token is a unit of data stored on a digital ledger, called a blockchain, that certifies a digital asset to be unique and therefore not interchangeable.

Cardano is a blockchain platform for changemakers, innovators, and visionaries, with the tools and technologies required to create possibilities for the many, as well as the few, and bring about positive global change. For more informations please visit www.cardano.org.

When will I receive my NFT?

Right after payment confirmation, our mint process will be executed automatically and the transaction will be submitted to the blockchain.

How to create a wallet?

If you have additional questions please contact us, we’d love to chat!